The world is currently going through chaos, many communities are being treated unjustly, attacked and killed by the elite/entitled members of our societies. People portrayed as gentle and kind are causing harm around us and the media is not covering it – so we need to raise awareness. The power of social media is great in this respect. It gives a voice to the voiceless, helping those who do not run the tabloids to share their stories!

Today, this article will be focusing on the crisis in Yemen. The United Nations says “it has the world’s worst humanitarian crisis”. Think about the world at the moment, we have all sorts going on – Kashmir, Palestine, the treatment of Chinese Uyghur muslims, COVID19 etc – yet Yemen is the worst of them all.

Let’s take a look at where it is in the world. 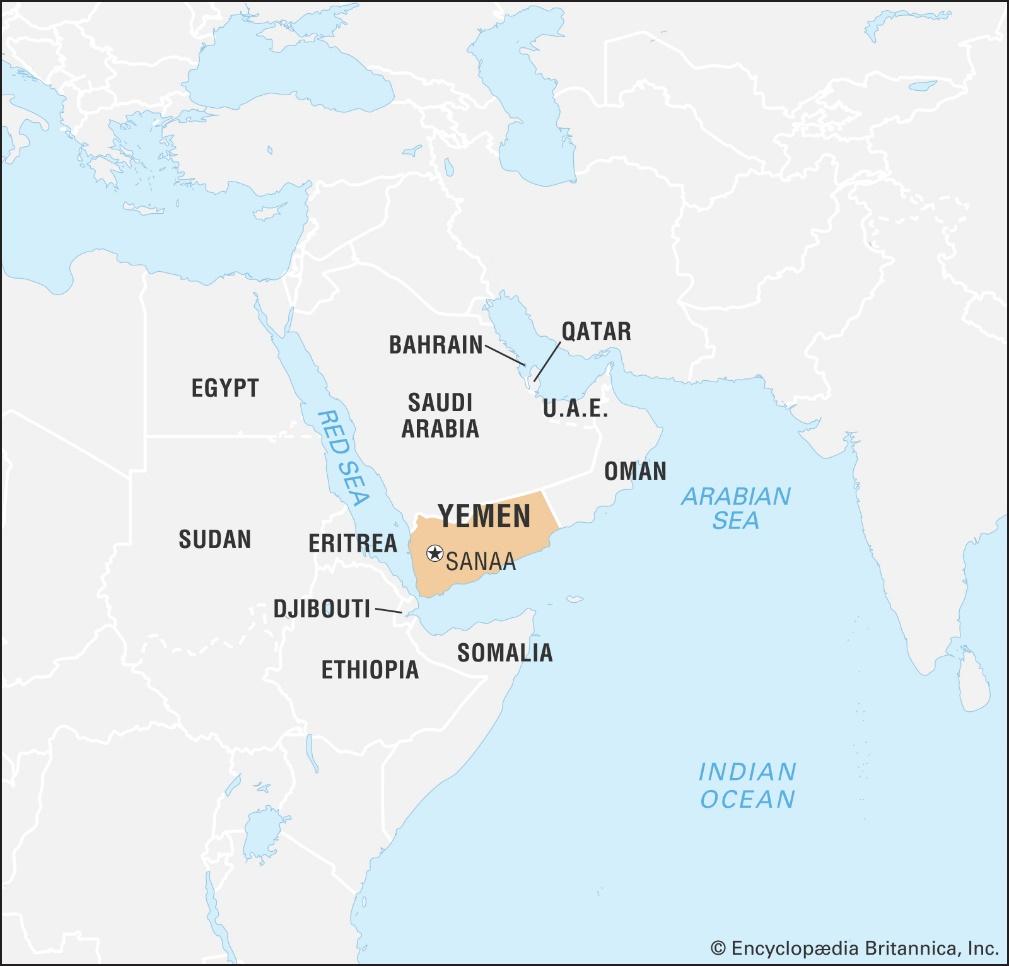 You see that right? It is in the Middle-East – next to Saudi Arabia – a country we know has no problem when it comes to money.

Let’s briefly look at what happened: During the Arab Spring of 2011, Yemenis rose up against President Ali Abdullah Saleh. He had been the president for 20 years. The Gulf Cooperation Council oversaw negotiations to get Saleh out, and put a new government into play. Unfortunately, these negotiations simply put the same type of people into power.

In 2014, the Houthis (a marginalised group of Shia Muslim minority) and allies of Ali Abdullah Saleh formed a coalition took over Yemen’s capital Sana’a. Then the Saudi’s attacked Yemen, through a campaign of air strikes – leading to the death of thousands of Yemeni civilians. The coalition ended in 2017. People believe Iran to be supporting the Houthis as the biggest Shia country in the region. It is also being called a proxy-war –  a war where two major powers (in this case, Saudi and Iran), are supporting opposite sides in a foreign war.

It’s not just the fighting that’s caused the huge humanitarian crisis. Saudi created a land, sea and air barrier to prevent aid entering into Yemen. The United Nations say: “in a country of 29 million, 24 million depend on some kind of humanitarian help”. 11 million of them are children.

Due to all of the current ongoing in the country – it is approximated that a child dies every 10 minutes – from the time you start to eat your dinner to the point you finish it, another Yemeni life is lost. How can we forget Yemen?

Think about a country which is war torn, where the hospitals have been destroyed – how is it fairing under the current COVID-19 pandemic? The World Health Organisation believes many more people in Yemen have been affected by the virus than what the official reporting figures show.

Why should we care about Yemen? Because we are all humans – your brothers and sisters in humanity are being killed/dying. Whilst we enjoy the comforts of our home, only God knows how many more innocent lives have been lost in Yemen and around the world.

How can you support?

I have shared some links at the end of this article!

Educate yourself, let’s get out of this bubble where we are ignorant to the atrocities that are going on around us. Keep Yemen in your prayers and spread the word.

Here are some links to find more information about the situation in Yemen and how to help: